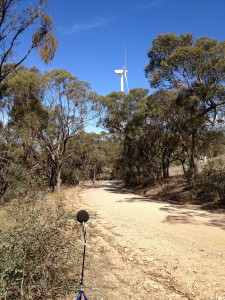 The proliferation of wind farms in Australia has led to a significant number of complaints from communities in proximity to such wind farms, covering a wide range of symptoms including nausea, headaches, sleep disturbance, inability to watch television or communicate and in extreme cases causing people to leave their homes.

The selection of acoustic criteria for the purpose of wind farms has not been based on scientific studies in Australia, but has utilised criteria from overseas (primarily based on road traffic) and using a base level different to the generalised concept adopted by various authorities of assuming for the purpose of industrial noise sources a default background level of 30 dB(A) in rural environments.

Whilst wind farms are located in areas that are sparsely populated the extent of complaints associated with wind farms indicates, from a noise perspective, that the controls in place are ineffective and/or the planning criteria is unacceptable to rural communities.

In conducting a review of an application concerns were expressed in terms of the lack of scientific rigour for the development of criteria for the Australian environment and that complaints from residents could not be explained when there was ‘compliance’ with the nominated criteria, as the generalised dB(A) parameter does not appear to adequately protect people. The evaluation of such concerns had led to further investigations that have raised even more questions.

Utilising instrumentation far superior to standard sound level meters, our testing revealed the presence of a periodic signature in the infrasound region, being frequencies below 20 Hz.

Our investigations into operational wind farms have repeatedly found this infrasound signature from turbines contains a fundamental frequency (identified as the blade pass frequency, being the number of blades passing the tower every second) and multiple harmonics of the blade pass frequency (typically up to the order of 10 harmonics). Mr Cooper identified this harmonic pattern as the “Wind Turbine Signature “and has since identified the presence of that signature at operational wind farms, at residential locations where residents have indicated they have been adversely affected, and at times inside dwellings.

The results of our measurements in relation to wind farms has identified that more investigations are required in that our testing has established the following:

Interchange of information with other acousticians undertaking measurements in rural communities near wind farms reveals questions as to the suitability/capability of the instrumentation use to measure wind farm and ambient noise. Extensive testing in our hemi-anechoic room has led to the elimination of generalised microphones/instruments for the measurement of such levels.

Similarly, issues in relation to the dynamic capability of instrumentation, both in terms of amplitude and frequency, of microphones used for the measurement of wind farm noise has been questioned both in our laboratory and in field measurements using simultaneous multi-channel measurements.

As a result of our investigations seeking to understand complaints in relation wind farms we have been requested to undertake reviews of various applications, together with the presentation of evidence for proceedings, pertaining to factual material recorded at wind farms in Australia.

Mr Cooper was invited by the Acoustical Society of America to be a member of the Wind Turbine Working and present papers on his research into wind turbine noise.

A significant issue, during the course of our investigations in a number states of Australia, raised by the community as to ethical behaviour acousticians concerning wind farm noise and that led to our principal Mr Cooper preparing an article in relation to ethics.

The actual noise impact of operational wind farms is not normally identified in such assessments and is still a matter of further research work and presentation of data for the basis of discussion/education of the acoustic fraternity.

There is still much to go in defining/addressing the acoustic impact of wind farms and appropriate criteria to protect the interests of the community in proximity to such developments.

In late 2014 the Firm completed an extensive noise study at Cape Bridgewater Wind Farm to assess resident’s disturbance relative to certain wind speeds and certain sound level, notwithstanding ‘compliance’ with the permit conditions.

A resident survey format included sensation as one of the observations. For the specific local residents involved in the study sensation as the major source of complaint. The wind turbine signature has been found to be relevant to the observations and a component of the acoustic environment near an operating wind farms that is not there when the wind farm is shutdown. The Cape Bridgewater report has been released and contains extensive range of data analysis including a suggested metric the “dB(WTS)” to assist in further studies.

Further investigations undertaken by TAG has found the presence of pulsations across the entire acoustic signature at receiver locations (external and internal) where the pulsations occur at the blade pass frequency of the turbines. This work has questioned the generation of infrasound and the sensation/perception of people sensitised to such noise, particularly when such energy occurs at or below the nominal threshold of hearing.

An examination of the timing of the pulsations has led to the concept of dynamically pulsed amplitude modulation and identified an issue of non-compliance with the analysis requirement of BT=1.

An extension of the work to include other sources of industrial noise that exhibit infrasound/low frequency noise pulsations has identified a pattern of disturbance associated with changes in power output of the facility, similar to that identified at Cape Bridgewater.

In 2018 Mr Cooper was appointed to the Technical Committee Noise of the European Acoustics Association as group leader on wind turbine noise.